When a girl gets married, she is often expected to drop out of school, ending her formal education.

A girl is more likely to drop out of school during the preparatory time before her marriage or shortly after.

As a wife or mother, she is often expected to take care of the home, children and extended family.

Returning to school can be almost impossible for a married girl.

Married girls face many practical barriers to education, including household responsibilities, stigma, forced exclusion from school and gender norms that keep them at home.

Child marriage often results in adolescent pregnancy. A pregnant adolescent girl may drop out or be excluded from school because of national laws, a lack of support for re-enrolment and stigma. [5]

The younger the age at marriage, the greater the impact. Once married, a girl is very unlikely to remain in or return to school. [6]

Education is a powerful strategy to end child marriage and ensure girls can fulfil their potential. The longer a girl stays in school, the less likely she is to be married before the age of 18 and have children during her teenage years.

The decisions to remove a girl from school or for her to marry as a child are often made at the same time and are influenced by many of the same factors. Work to end child marriage and keep girls in school needs to address these shared underlying factors.

Girls’ education and the SDGs

Governments worldwide have committed to achieving 17 Sustainable Development Goals by 2030. Goal 4 includes targets for inclusive and equitable quality education, and promotes lifelong learning for all. The SDGs  will not be met unless we address child marriage. 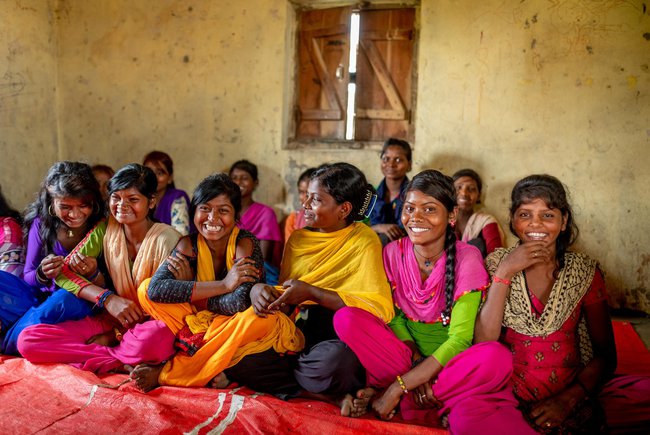 Use our member directory to find Girls Not Brides member organisations working on issues related to child marriage and girls’ education. You can contact organisations in your country or across the world to share best practice and learnings.

Girls’ education and COVID-19: What past shocks can teach us about mitigating the impacts of pandemics

This report uses insights from the 2014-15 Ebola epidemic and the 2008 global financial crisis to understand the consequences of COVID-19 for girls.

A new generation: 25 years of efforts for gender equality in education

Report on how inclusion in education can advance gender equality.

Leave no girl behind in Africa: Discrimination in education against pregnant girls and adolescent mothers

Report on pregnant girls’ and adolescent mothers’ right to education in Africa.